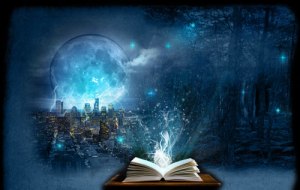 I haven’t been writing much in the last week or so. Mostly, I’ve been worldbuilding which can be, at times, an incredibly arduous and difficult task, especially when one is trying to create a plausible fictional world. Two weeks ago, I finished creating an alphabet to go along with the language I’ve been working on (if you thought learning countless grammatical structures was difficult, try inventing them!). The thing is that you could just make up gibberish but I’ve been trying to create a language that is plausibly Indo-European, and therefore has the same roots as most modern languages spoken in Europe and around the Mediterranean today. On top of that, you have to factor in possible evolutions and other changes resulting from social, economic, religious or other factors. But make no mistake, I love this kind of stuff! I’ve always been a world builder and my writing really stated as a way to inhabit and develop the worlds swimming around in my head.

I’ve created the bones of a thousand years of history for my world, a name for the continent in which most of the action is based, and two dating systems by which to measure events. I’ve also been filling out details about secondary countries, adding some depth and definition to them so they stand out from each other (hopefully!). 🙂

If you’re looking for somewhere which explains how to worldbuild, go to this awesome blog where things are explained in minute detail. 🙂 The posts are admittedly infrequent but well worth a read (and in case you were wondering, I don;t know the person who runs this blog, I just need them to post some stuff. I’m getting withdrawal symptoms so I’m hoping that the more people who visit the site, the more likely it is that a new post will appear. So do us all a favour and click here!

I’d better go now and play my violin which has been sitting abandoned in the music room for far too long but before I go, here’s an update on my word count.

4 thoughts on “I’ve always wanted to be an architect..”